I had the pleasure of hosting two of my cousins for their Southern California vacation last year. They are both college students, so naturally, they wanted to see all of the cool things to do in SoCal.

I took them around to some of my favorite places not only in Orange County but also in Los Angeles and San Diego. We had such a blast roaming around all of the beach cities!

For this post, my cousin Elizabeth Schill is sharing her experiences about their trip to Southern California for the first time as adults. Elizabeth is an Elementary Education Major at The University of Wisconsin – Eau Claire.

Elizabeth shares all the fun experiences we had, and even the not so ideal situations that can come up! Keep reading to learn all about it!

This post may contain affiliate links. You can read my full disclosure here.

When Heather was visiting Wisconsin for Christmas last year, my sister, Bridget, and I were just talking and joking about visiting her in California that summer. But soon it was becoming a reality. My mom and aunt started looking at tickets and soon my sister and I had booked our trip!

I had been to Ireland to study abroad spring of 2017 so I knew a thing or two about traveling in airports. Flying from Chicago O’Hare is always an adventure. My aunt and uncle dropped us off and away we went!

The flight was only about 4 hours and Bridget and I sat back and watched some movies. When we landed, we landed at Orange County Airport. This was such a great airport to fly into! It’s so small that it was easy to find baggage claim and Heather came right in and greeted us. We were probably landed and were out of the airport in less than 30 minutes.

Bridget and I were so excited to be in California! We had only ever been once before on a family trip to Disney Land so we didn’t really see anything of California that time. After traveling to Ireland and about eight other countries I had the travel bug and I loved seeing new places.

California was definitely different than Wisconsin. There were so many palm trees, which are definitely not in Wisconsin. The landscape was a lot different too. Because of the lack of rain there, it is not very green. Heather was telling us about how the grass can just spark up from a car sitting idly by on the road. I had heard about the wildfires in California but I hadn’t realized how bad it actually was. There was actually a wildfire near Laguna Beach when Heather took Bridget and I to the beach.

Laguna Beach is so pretty! Bridget is definitely more of a beachgoer than I am but I have to admit, the beaches in California are beautiful! And while the water was pretty cold (I did jump into the water though just to say I did) the sun was hot and we all enjoyed our time just tanning on the beach.

There are so pretty great picture worthy places to take those Instagram worthy photos so this is a must do for someone who wants a lot of beach photos!

Read more: 12 Free Things to Do in Laguna Beach

One day, Heather took us to Santa Monica Pier and Venice Beach. The Pier was really cool and the Ferris Wheel was a must-do. It was amazing being able to see so much of the beach. We also made our way over to Venice Beach, which was a whole different world than the Santa Monica Pier.

Read more: One Day in LA: From Venice Beach to Santa Monica

We also got to see the Venice Canals, which I hadn’t even known existed in California! But I think the best part of that whole excursion were the Birds.  Not the animals but the scooters.

We had debated getting bikes so we could bike from Santa Monica to Venice Beach but we soon saw the scooters just lying around and Heather had never done them so we decided to give them a try. This is definitely not something that we have in many places in Wisconsin so it was a fun activity to do.

Read more: 7 Things You Have to See on the Venice Beach Boardwalk

The San Diego Zoo is huge and most people don’t get through it all in one day. But somehow Heather, Bridget, and I made it through all of it in one day! We saw everything there was to see and it did not disappoint. The zoo has a tram that takes you from one end to the other so of course, we had to take it. You can see a lot from the tram ride and is definitely something I was glad we got to do.

You can get a Go San Diego Pass on Groupon, which gives you access to multiple activities for one price!

After our trip to the San Diego Zoo, Heather took us down towards the border to get some amazing churros from an outlet mall.

As we were making our way there Heather showed us the border between Mexico and the US. That was an amazing sight to see. I had never realized what it actually looked like. And to be able to see Tijuana right across the way was a sight to see as well, with all of its rambling houses and all its hills. And at the end of all that sightseeing we had some amazing churros – reminded me of my time in Spain!

The first night we got there, Heather showed us this great beach in Laguna where the waves were amazing! We took a stroll through it and I was once again reminded of the weather. It got to be a little chilly. Definitely a contrast from Wisconsin where the summer heat usually has no break.

The humidity was also almost nothing in California, which makes sense for how dry it is there. But myself and my hair were equally happy about that fact. Wisconsin has way too much humidity to sleep comfortably unless you have air conditioning, which my college house does not so I was very happy with California’s almost humidity-less air.

Heather and her husband Oscar also took Bridget and I kayaking one day.  We had been kayaking before but never in the ocean! This was so much fun! We first started off just kayaking in a little bay but soon we started kayaking in a marina and the boats were huge! But soon we all got tired and we raced back to the shore, which I would like to happily boast that Bridget and I won that race.

You can get a great deal on Newport Beach kayak rentals on Groupon!

Read more: How to Experience the Best of Orange County on a Budget

Heather also took us out to see the Hollywood sign and Beverly Hills and Hollywood itself. LA is so busy and the traffic was astounding! Hollywood was nothing at all like I ever imagined it to be. It was so much dirtier than I have ever seen it portrayed.

The Hollywood sign definitely lived up to its name though! We actually got super close to it, closer than I would have thought possible. We had to go through a bunch of winding hills through a lot of different neighborhoods but we finally made it! And I got that picture that I’ve always wanted!

On the very last day, Heather took us on a hike near her apartment. It was breathtaking!  The scenery was so different than that of the Midwest. A word of advice: Do not talk about mountain lions stalking you while on a walk through mountain lion territory.  You’ll be paranoid throughout the entire hike.  But in spite of that, it was a beautiful walk and a great way to end this trip.

And finally, one crowning moment of the whole trip was getting to see sea lions and seals all at one beach and all in one night.  I had only ever seen these animals in zoos but I had never heard sea lions bark!  And the seals were so cute just lying there on the beach.

Another great way to experience the sea lions in La Jolla is by taking a kayak tour!

Heather did an amazing job of showing my sister and I around California!  She showed us a lot of So Cal and it was definitely a trip of a lifetime!  I saw so many things that I never even knew California offered.  I hope that I’ll be able to return to California soon to see even more!

Have you experienced any of these cool things to do in Southern California? What’s your favorite?

One Day in LA: From Venice Beach to Santa Monica Pier

Every California girl knows about the best beach cities in Los Angeles right? I’m talking about Venice Beach and Santa Monica, two of my favorite California beaches, and a must-visit for anyone taking a trip to LA. Maybe you’ve walked the boardwalk from Venice Beach […]

Joshua Tree is a magical place that I beg everyone to experience at least once. Luckily, it’s an easy road trip destination from Southern California cities and I’m going to show you how to see Joshua Tree in one day with some of the best […]

This site uses Akismet to reduce spam. Learn how your comment data is processed. 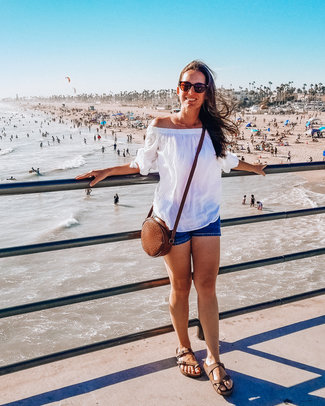 Hi there! I'm Heather, and I started this blog to share my California travel experiences with you. I moved to Orange County in 2015 and have been exploring as much as I can ever since. You might also find me exploring around Mexico too! I absolutely love outdoor adventures, and some of my favorite activities include hiking, mountain biking, yoga, and of course, heading to the beach! Read more about my story here.

I occasionally use affiliate links, and purchases made through such links could result in a small commission for me, at no extra cost to you. As an Amazon Associate I earn from qualifying purchases. I only recommend products and services that I know and love, and your purchase helps me keep this blog running.

Beaches Best of OC Free Things to Do Get Outside Itineraries Road Trips Travel Guides
We use cookies on our website to give you the most relevant experience by remembering your preferences and repeat visits. By clicking “Accept”, you consent to the use of all cookies.
SettingsPrivacy PolicyACCEPT
Privacy & Cookies Policy

This website uses cookies to improve your experience while you navigate through the website. Out of these cookies, the cookies that are categorized as necessary are stored on your browser as they are essential for the working of basic functionalities of the website. We also use third-party cookies that help us analyze and understand how you use this website. These cookies will be stored in your browser only with your consent. You also have the option to opt-out of these cookies. But opting out of some of these cookies may have an effect on your browsing experience.
Necessary Always Enabled
Necessary cookies are absolutely essential for the website to function properly. This category only includes cookies that ensures basic functionalities and security features of the website. These cookies do not store any personal information.
Non-necessary
Any cookies that may not be particularly necessary for the website to function and is used specifically to collect user personal data via analytics, ads, other embedded contents are termed as non-necessary cookies. It is mandatory to procure user consent prior to running these cookies on your website.
SAVE & ACCEPT
Loading Comments...